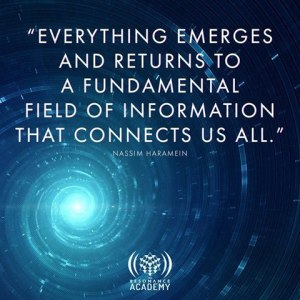 Chrysalis calls the fundamental field of integrated information alluded to on the left Phi (Φ). Phi is irreducible; you cannot get behind this ubiquitous field of energy that underpins the geometry of the cosmos and all that is.

Phi is pure consciousness. It is the Akashic Field, the Zero Point, Omega Point, Qi, Prana, life force, Pleroma as well as any of a number of other ageless monikers that point to the same metaphysical reality.

Likewise, nor are archetypes, gods, goddesses and imaginal creatures such as faeries, angels and so on supernatural entities. They themselves are nested fields of “cohered” information within Phi. We can dub these nested energy fields “self-organizing integrated information systems,” each possessing a dynamic, discrete frequency or vibration. Or, to make life more interesting, we usually just anthropomorphize these frequencies and give them attributes, e.g. Papa Legba as a gatekeeper and Ma’at as balance and justice. These proper names are metaphorical memes known as metamemes. We do this so we can more effectively learn about them and they in turn about us. We could say that an archetype’s key attributes are intuited, emergent properties of its information field.

All nested substrates of Phi are also conscious. The cosmos itself is conscious. Everything is conscious, animate or not, a belief known as panpsychism. “The universe is growing in complexity and consciousness,” wrote philosopher Teilhard de Chardin.

Our brains tune to universal frequencies through our crown chakras and unconscious minds, which, unlike individual conscious awareness, operates 24/7. Our minds, when in altered states of consciousness (meditation for example), have access to much of the useful information in Φ. However, private communication, the exchange of information between you and your Higher Self, is sacrosanct. It is firewalled, as it were, and therefore inaccessible to psychics, charlatans and sundry do-gooders. Dialog between you and your Higher Self provides the essence of your own personal mythology.

However, if your unconscious mind, which serves the greater Collective Unconscious, chooses to communicate with someone able to help you know yourself better and grow spiritually, it may do so. This happens frequently and became the impetus for the 16 Troupe characters in Chrysalis. We hold that other people – friends, family and even total strangers – can act, usually unwittingly, like angels (messengers) in disguise. The Troupe archetypes also can represent spirit and animal guides, the subject of a future blog.

Your Higher Self is your destiny – your greatest individuated potential and your calling. You can elect to move either in the direction of destiny and Higher Self or in the opposite direction. That is self-empowered free will. The guideposts we encounter along the way are called synchronicities. They let us know we’re on the right track. Therefore, the better you come to know yourself through spiritual exercises such as tarot, yoga, meditation, reiki, etc., the sharper the image of your Higher Self becomes, thus illuminating your path to personal destiny.

In mathematics, Phi expresses the Golden Mean or Golden Ratio found in the Fibonacci series – 1,1,2,3,5,8,13,21,34, etc. This sequence is expressed geometrically as a spiral, nature’s ubiquitous symbol for creation and transformative energy on all scales, including self-transformation. The Golden Mean is one reason we named a Chrysalis suit Spirals – a suit to aid your quest for destiny by helping you make wise choices. 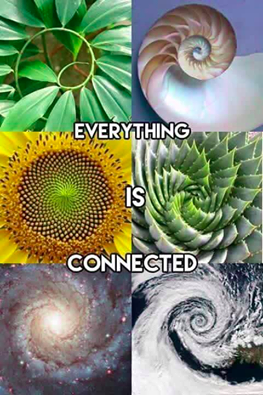 “[The universe] cannot be read until we have learnt the language and become familiar with the characters in which it is written. It is written in mathematical language, and the letters are triangles, circles and other geometrical figures, without which means it is humanly impossible to comprehend a single word.”
~  Galileo

2 thoughts on “Phi and Higher Self”