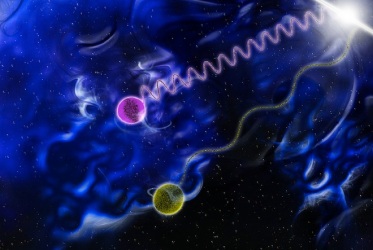 No, this image is not what you think it is.

Those are photons – particles or packets of light. What’s unique about these two particles is that they exist in an “entangled” state but they don’t exist at the same time. It’s called time-separated entanglement.

Some years ago a group of physicists at Hebrew University of Jerusalem, who’re qualified and capable of doing out-of-the-box physics, wrote a paper on it. You can read it here.

Quantum entanglement, as we’ve noted a number of times in these Chrysalis blogs and the Chrysalis Tarot companion book, simply states that when two particles are entangled they can be placed on opposite sides of the universe and yet react to one another simultaneously. Albert Einstein called this, “Spooky action at a distance.”

The quantum (very, very small) world is a different kind of world in that it refuses to follow the laws of Classical Physics – laws that apply to our (very, very big) world. Read on, this gets more interesting and it might prove useful.

Have you ever had a random thought, a premonition if you will, about a future event? Of course you have. Now, have you ever engaged that particular thought – the mindfulness aspect of this blog – with the direct intention of trying to prevent it from happening? If so, please consider sharing your experience in the comment section below. If not, here’s how.

So, how do you take measure of a thought that swims though your mind at the speed of light? You just reach out, catch it and haul it into your boat of conscious mindfulness. You can accomplish this in anyway you like. I usually just say to myself, “Check that unwanted thought!” It works! 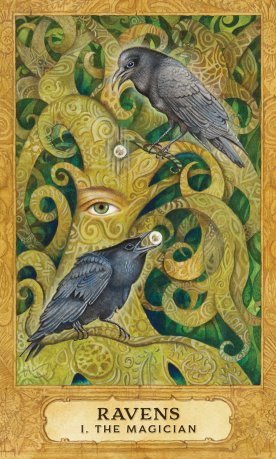 To illustrate this, the dropped pearl represents a swimming thought mentioned above. The Mind’s Eye – your All-Seeing Third Eye – engages it, or as we would say in philosophy, apprehends it.

Poof! That pearl no longer exists. You just willed it out of existence!

But if your Third Eye is closed – if you ignore swimming thoughts – they will invariably hit your future-self in the noggin. Or in the tooth, as it were.

These two Ravens find themselves in quantum superposition. They will be entangled forever. We could say the lady raven on the upper branch represents your unconscious mind, which is always feminine, or your Higher Self. Pearls of thought insinuating potential events in time dropped by her shall never exist in time provided you observe, engage or apprehend them with the specific intention of overruling them. Your mind possesses such power!

Your unconscious mind knows countless quanta of stuff that your conscious mind can only dream of – and often does. Understanding how to raise your unconscious mind to consciousness is key to an idea first conceptualized by Madame Blavatsky in the late 1800s and popularized today as the Law of Attraction. This law allows you to attract (manifest) and to repel (deny). 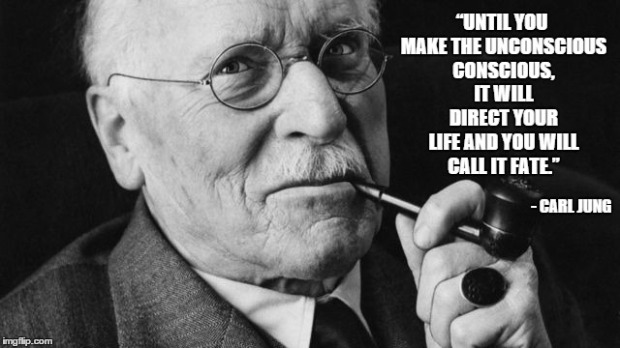 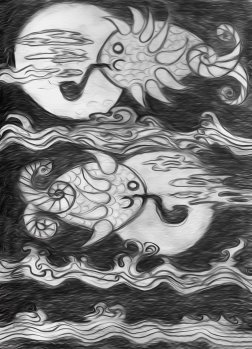