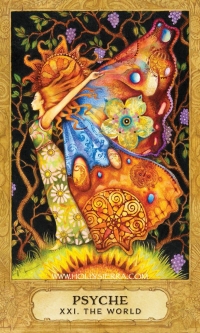 “The point is that you start with any image … Contemplate it and carefully observe how the picture begins to unfold or to change. Don’t try to make it into something, just do nothing but observe what its spontaneous changes are. Any mental picture you contemplate in this way will sooner or later change through a spontaneous association that causes a slight alteration of the picture. You must carefully avoid impatient jumping from one subject to another. Hold fast to the one image you have chosen and wait until it changes by itself. Note all these changes and eventually step into the picture yourself, and if it is a speaking figure at all then say what you have to say to that figure and listen to what he or she has to say.” ~ C.G. Jung

The process Jung describes in the above quote is called active imagination, the key to personal transformation. Active imagination produces a rich, fanciful dialogue between the personal conscious and unconscious minds. Via the unconscious, this conversation acquires a third party – the Collective Unconscious, which Chrysalis calls the Otherworld. It’s the divine cosmic realm of archetypes, gods, goddesses, demigods, angels, fairies, spirit guides including animals, and the ancestors. While transcendent, the Otherworld is in no way supernatural. The Otherworld is a spatiotemporal aspect of the natural world, albeit a mystical one.

Active imagination dialog weds psychology, particularly archetypal psychology, with mysticism, the experience of liminality watched over by Papa Legba. In Greek mythology, this liminal threshold or boundary between worlds would be presided over by Hermes. Both he and Papa are liminal gods or archetypes.

The ultimate goal of active imagination is to enable you to synthesize an alternate reality that exists for the sole purpose of moving you toward your Higher Self, ultimate truth and personal transformation (telos). It is the Hero’s Journey of emergent Self that requires strength, an open mind and courage. You may need to overcome any disabling beliefs currently holding you back.

Jung calls this synthesis the transcendent function. It’s transcendent because it rises above both the conscious and unconscious mind. In Chrysalis, the root metaphor for this function or synthesis is personal transformation – the butterfly or soul as symbolized by Psyche. Both those words translate as butterfly in Greek. In this instance soul is a perspective or viewpoint, not an etheric substance. Conversations with the unconscious – the transcendent function – are cathartic and healing, as well as transformative.

Jung’s familiar quote, once the depth of its meaning is fully grasped, aids our understanding of destiny, the realization of one’s full potential. By raising the unconscious mind to the level of conscious awareness, we are able to free ourselves from the shackles of burdensome rationality and self-imposed limitations. We become the captains, not slaves, of personal destiny.